Photo by Shannon Potter on Unsplash 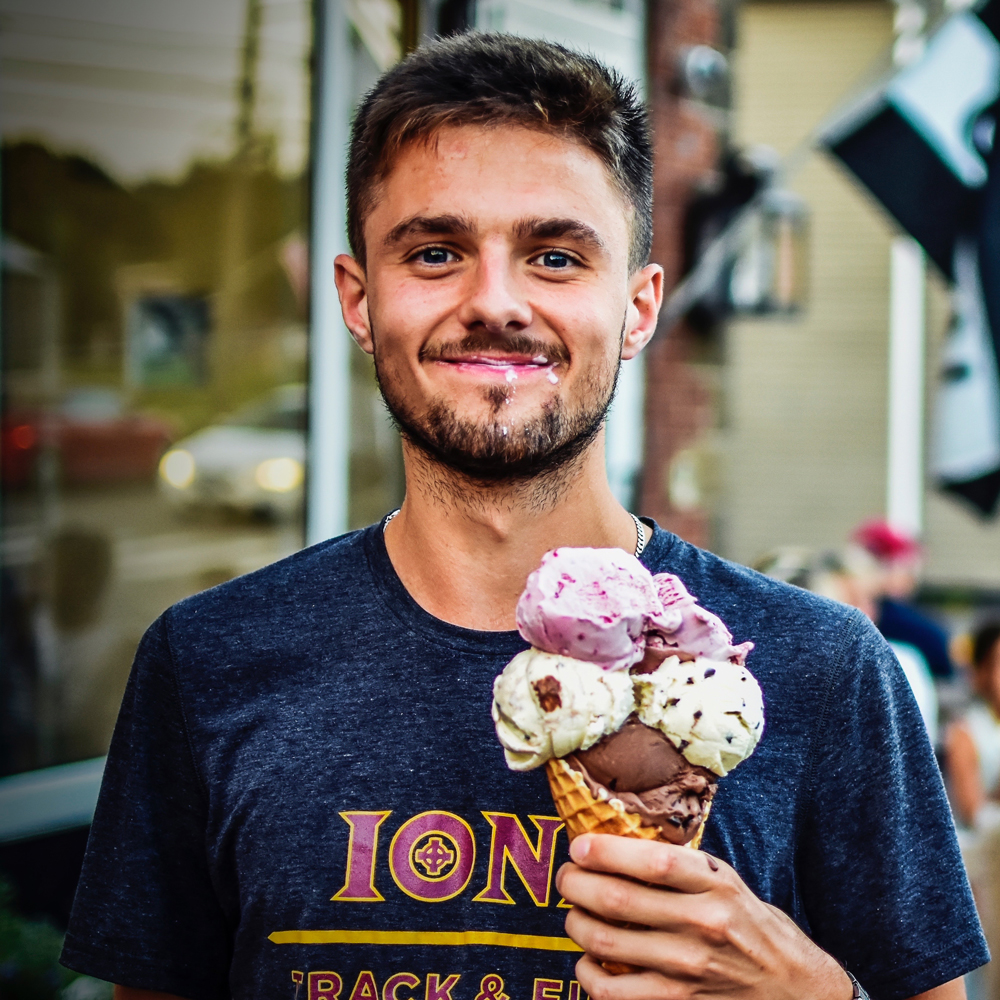 I surely can’t be the only one who keeps mistaking 2010 to be a couple of years ago, only to shock myself when I remember that we are in the year 2022 and that 2010 was in fact, 12 years ago, which is half of my life…

Thinking back, I must have created my Facebook profile in around 2010 and remember feeling somewhat accomplished and important with the thought of being able to connect with my friends so quickly, and in such a different way than classic texting or calling.

Despite your opinion of the platform, Facebook is a very good indicator of how the web has evolved since Tim Berners-Lee created it back in 1989.

So what do we know about the web?

What is the web?

The world wide web colloquially referred to as the ‘web’, is not actually the same as the Internet, despite both terms being used interchangeably.

The Internet is the entire system that connects computers around the world. Think of the Internet as the physical components, or infrastructure, that are connected to create a network — computers, cables, and so on.

Without the Internet, there would be no web, nor could emails be sent and received, and files could not travel from one place to another digitally.

The web is the information that is accessible via the Internet. The pages and content you see on your computer, smartphone, or tablet, are part of the web, rather than the Internet.

If you picture a spider web with all the intricate threads connecting one part to another, this is exactly the same as the world wide web, with intersecting points from the threads being the web pages you view on the daily.

Lifewire used the analogy of a library to describe the difference between the web and the Internet, with the Internet being the library itself, and the books being the websites, which come together to provide for the public.

Remember those spiders that crawl the web to index pages? Now you know where they get their name.

And the bugs caught in the spider web? They represent the bugs your computer can get.

How has the web changed?

Drastically. Hence there have already been three iterations of the web so far.

Originally, Tim Berners-Lee created the web as a way for scientists to quickly share information and research, but he soon realized that his creation could be much more than that.

Web 1.0 is the most simple form of the web possible.

Anyone viewing this content can do just that, but only that. View it. Not even giving a like is possible, let alone other forms of interaction such as commenting, or the more recently introduced reactions like laughing.

Web pages are considered to be static, and read-only because the technology to support more sophisticated animation (outside of GIF graphics), interactivity, and functionality is yet to be created.

Content creation is limited as well, with fewer people creating content for mass audiences. There is much less content specialization, and the idea of online communities is yet to be introduced.

Reconsidering the library analogy from earlier, you can pick up and read a book, but you’re not allowed to talk about it because of the strict no-talking policy in the library.

The deciphering element between Web 1.0 and Web 2.0 is the nature of the content. Where Web 1.0 was simply read-only, Web 2.0 promotes interaction and contribution.

Web 2.0 was the introduction of user-generated content becoming mainstream, with a greater number of content creators emerging, alongside growing audiences.

2004 is widely considered to be the (rough) time where Web 2.0 was mainstream, and this isn’t exactly a coincidence with the launch of the social media giant, Facebook, launching in the same year.

Web 2.0 is still the most widely used version of the world wide web and has created opportunities for much of the content we take as normal today, such as social networking, podcasts, and blogs.

Two contributing factors that enabled Web 2.0 to be so successful are the rise of the smartphone and the interconnectivity of devices. Web access on mobile devices is now so common that we expect this at the very least when buying new devices. Web 2.0 erupted in popularity when these devices became more common within households.

Building on this, allowing different devices to be able to connect (e.g. iPhone and Android) via common platforms, such as Facebook, furthered the success of Web 2.0.

In our library analogy, Web 2.0 allows all the sports fans to discuss the latest sports content coming to the bookshelves in a separate room from those who want to talk about the latest movies and entertainment.

Now, this is where the web becomes more complex because Web 3.0 focuses more on the future, and quite honestly, this can be quite scary. Web 3.0 is not widely operational at present, so before you start thinking computers are taking over the world, you can relax.

Web 3.0 is called the “read, write, execute web” and utilizes modern technology like artificial intelligence and machine learning to provide users a powerful and responsive experience.

Where Web 2.0 is largely two-dimensional, Web 3.0 has the capability of three dimensions, and you only have to look at video games and how they have developed since the early 2000s as evidence of this.

The same can be applied to the web, and this is beginning to be heavily invested in. Online museum tours and exhibitions are a prime example of this, and so is Facebook’s Metaverse, which provides an immersive virtual world for users to do, well, almost anything.

Decentralization is possibly the biggest defining factor of Web 3.0, however. There is much less control from organizations that typically have control in years gone and online communities have expanded beyond simple Facebook or Instagram pages.

The rise of cryptocurrency is an example of decentralization becoming widely accepted as millions around the world are investing in digital coins and tokens, instead of in traditional stocks and funds from real-world companies.

In many ways, Web 3.0 builds upon the success of Web 2.0, simply offering a more individual experience by harnessing the power of computers to identify and analyze browsing habits, to tailor web experiences individually, down to what advertisements are shown on your screen.

In other ways, Web 3.0 steps forward into what we once considered ‘the future’, and completely reshapes the web as we know it.

Regardless of what Web 3.0 will and will not do, there is only a matter of time before we find out because Web 3.0 is here to stay, and Tim Berners-Lee predicted that there would be no “kill switch”, so be careful what you wish for…

The web has completely reshaped our lives, and largely this has been for the better. We have access to more information than ever before and this information comes with us everywhere we go.

From Web 1.0 simply showing you a page on a screen, to Web 3.0 relying on computers to decide what content you see, or taking you on a tour through a house on the other side of the world, the world wide web has influenced everything we do.

While SALVé can’t build your business its own metaverse, we can build you a website that is 100 times better than your competitors. Schedule a free discovery call and let us help you take your business to the next level.

Thanks for joining our newsletter
Oops! Something went wrong while submitting the form. 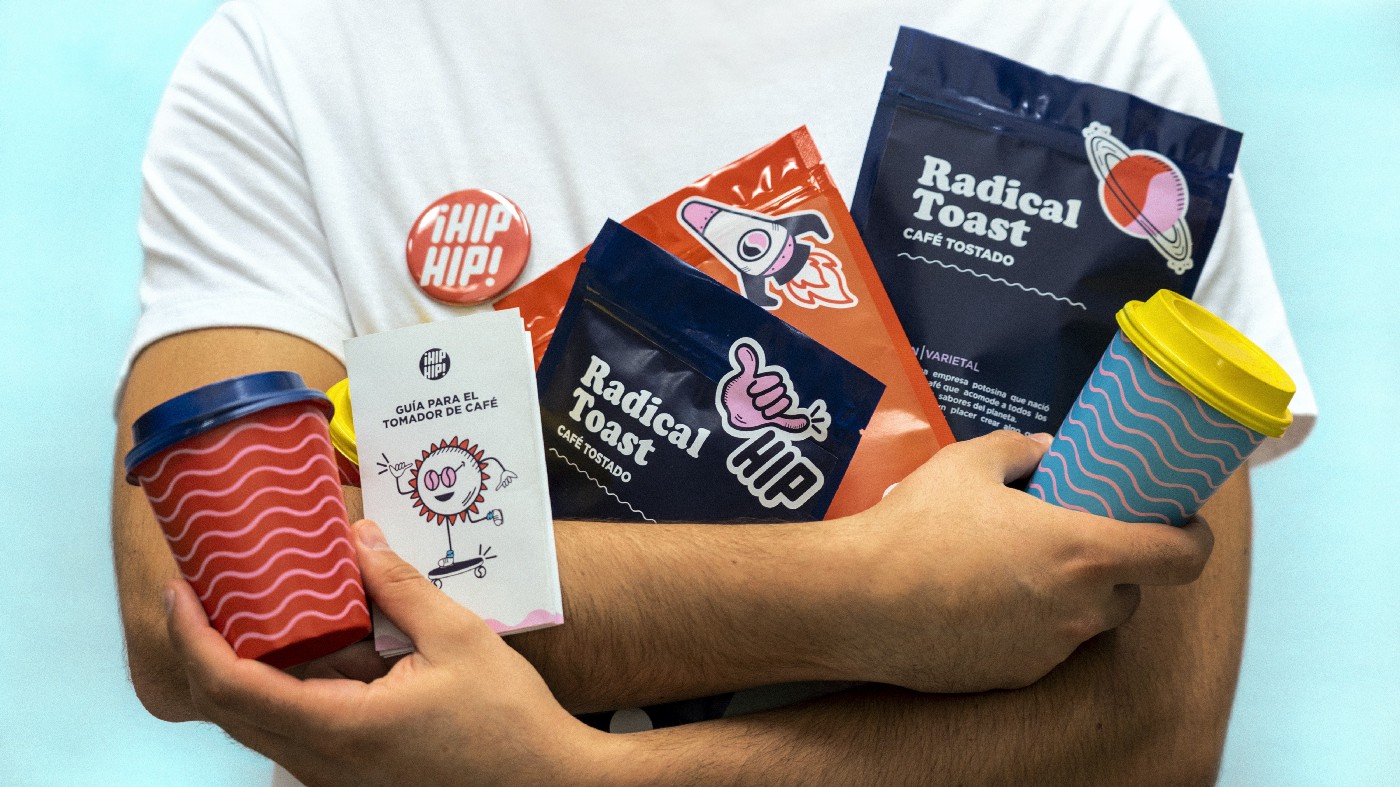 Are you thinking about rebranding your business? Or perhaps you’re in the process of launching a new business and want to create a strong brand from the outset. Whether you’re starting from scratch or giving your existing brand a facelift, it’s important to understand what branding is — and isn’t. 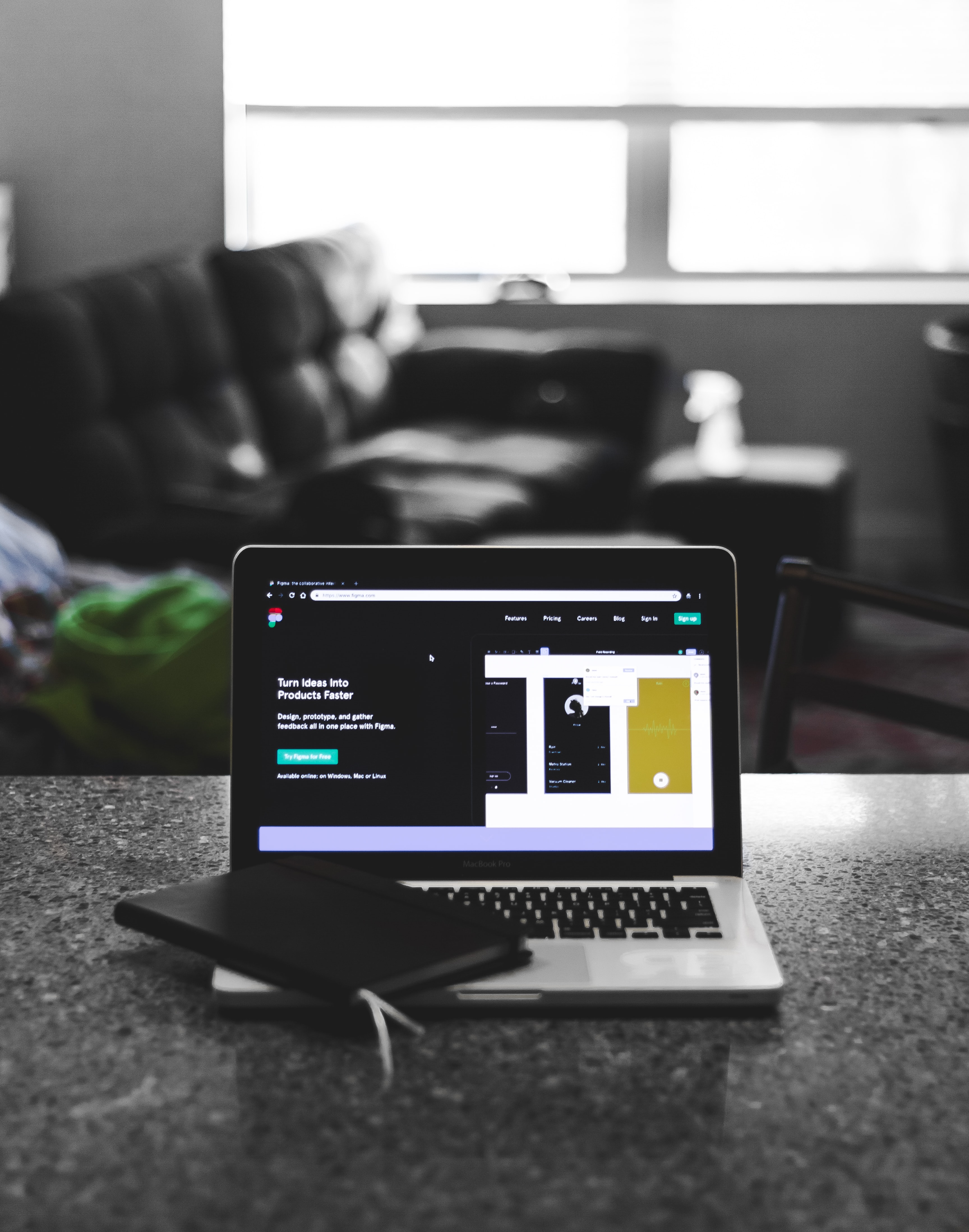 5 Tips to Creating a Winning Landing Page That Generates Sales

Landing pages can be hard to create, especially if you have no experience in creating them. Luckily, we have the solution! 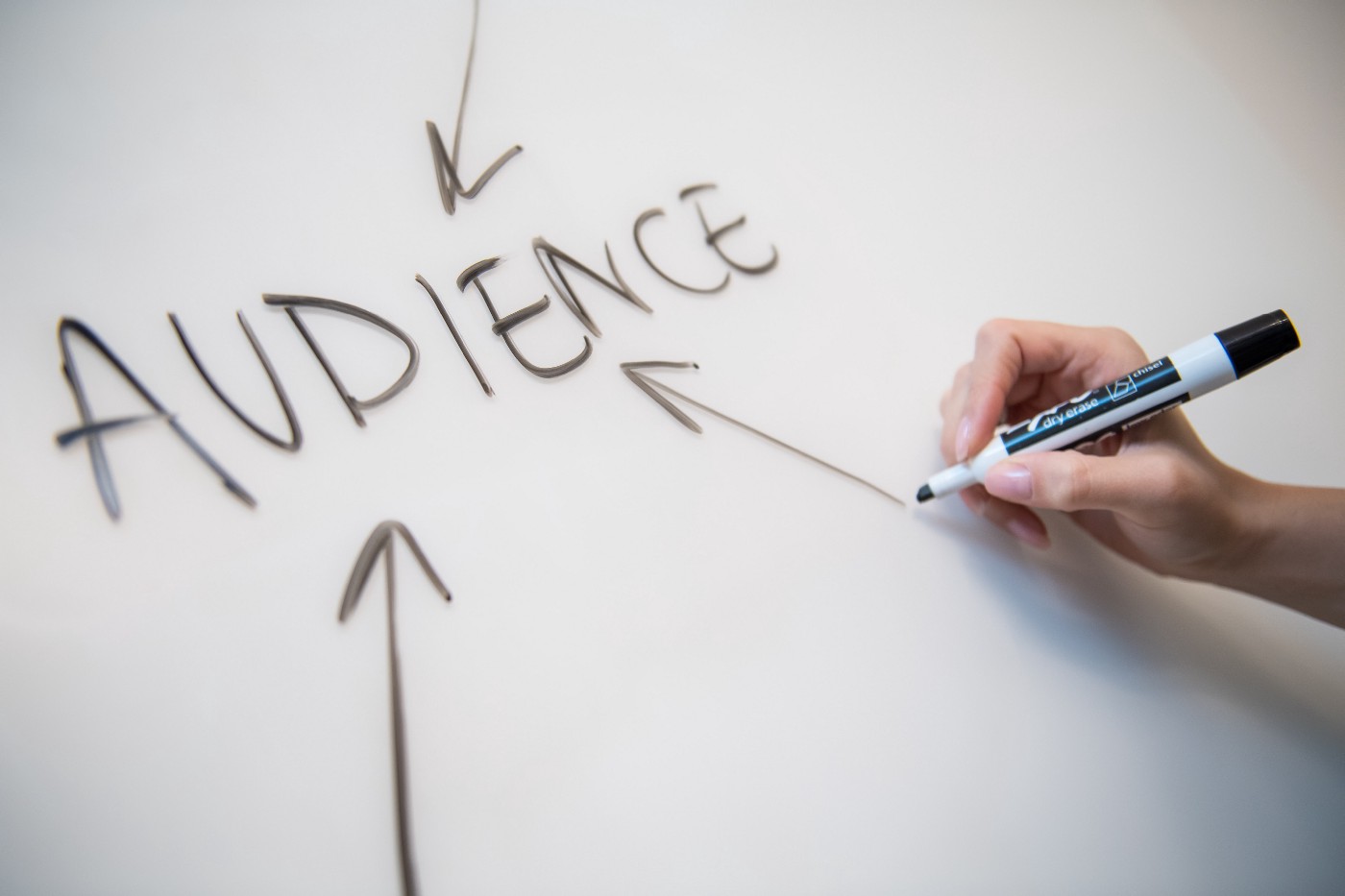 5 Ways To Get More Web Traffic